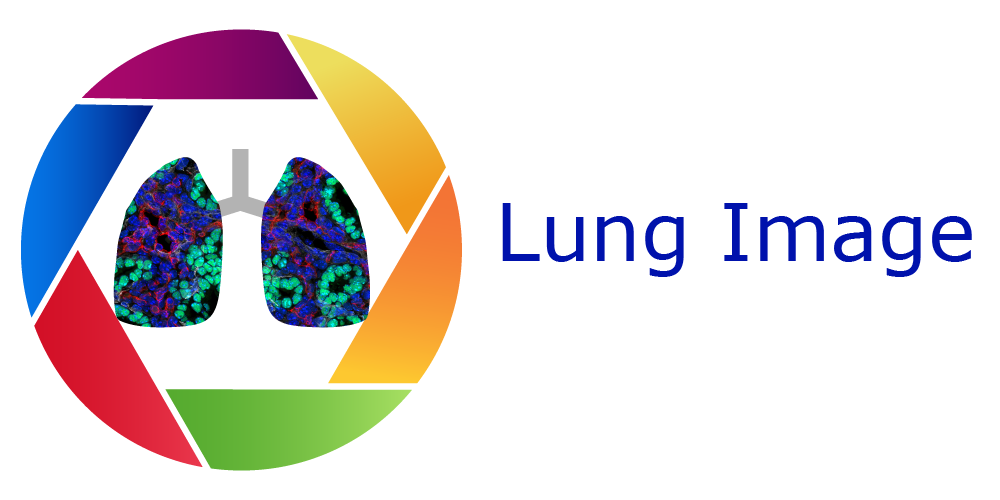 Human lung tissue (kindly provided by Dr. Scott Randell) was fixed in 10% formalin. Tissue was then washed in DEPC-treated 1X PBS and incubated in 30% sucrose in DEPC-treated 1X PBS at 4oC prior to embedding. 24 hours prior to cryoprotection, tissue was placed in Sucrose/OCT (2:1). Upon freezing, lung tissue was placed in OCT and frozen on dry ice and stored at -80oC. 200 µm sections of OCT protected frozen human lung were sectioned on a cryostat and stored at -80oC until clearing.

Hybridization probes were incubated at concentrations of 100 nM each in hybridization buffer (1M NaTCA, 5mM EDTA, 50mM Tris pH7.4, 0.2mg.mL Heparin in DEPC water) overnight at 37ºC and 100% humidity. The sections were then incubated with ligase buffer and phosphorylated common bridge and connector circle oligos at 10 nM for 60 minutes and then with ligase buffer, T4 ligase, and ligase buffer for two hours under the same conditions. DNA amplification was then accomplished using Phi-29 polymerase (Lucigen-30221) in polymerase buffer at the same conditions overnight. After the reaction was complete, slides were washed with label buffer (2X SCC/20% Formamide in DEPC water) and then incubated with 100nM Tye705 label probe in label probe buffer for three hours in the same conditions. Immunofluorescent co-staining and imaging were obtained and analyzed as follows. Negative controls of secondary antibody alone and reactions performed with identically labeled probes for the bacteria Bacillus subtilis gene mgsA were imaged and used for thresholding for quantitative image analysis. All probes were ordered from Integrated DNA Technologies, target probes were ordered with standard desalting and all probes were stored as 100μM stocks. Following Plish, tissue was then equilibrated in ScaleA2 for 5 days at 4oC

Optical clearing of Biological Tissue With Scale A2
https://www.labome.com/method/Optical-Clearing-of-Biological-Tissue.html